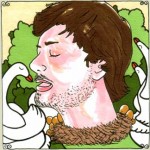 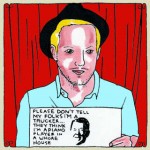 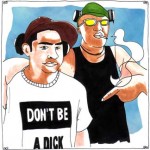 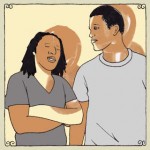 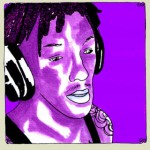 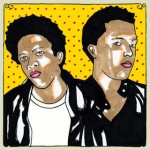 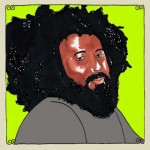 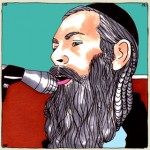 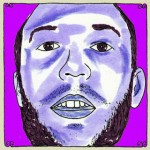 If you’re familiar with Daytrotter.com, it is probably because of the extensive coverage of the independent rock, folk and Americana scene. Daytrotter has established itself as one of the premiere tastemakers in this space, contributing to breaking bands like Dawes, Bon Iver, Mountain Goats and Deer Tick by featuring early sessions of the groups.

What you might not be familiar with is the impressive coverage of Hip Hop and Rap by Daytrotter. These sessions get lost in among the more visible or “buzzworthy” sessions by the Fleet Foxes, Andrew Bird’s and Timber Timbre’s of the scene. It’s as if while no one was looking, Sean Moeller has amassed sessions from notable and diverse artists from the so-called “Underground” Hip Hop genre and is certainly worth a closer look. So, I present The Play B-Sides Guide to Hip Hop and Rap on Daytrotter.com! This is a list of the sessions I’ve found on Daytrotter, each with a short write-up about it.

Looking at the list below, you get a sense of how in-tune with the Underground Hip Hop scene Moeller is. In fact, three of the acts he recorded are featured very prominently in this month’s Spin Magazine in a feature titled “The Changing Face of Hip-Hop” on Underground Hip Hop (G-Side, Danny Brown, and Main Attrakionz). But, more than that, we have some names that have been on the scene for a long time– producers Kid Koala, RJD2 and DJ Spooky and Tricky all turn in impressive sets, but also Lateef the Truthspeaker, and Aesop Rock as well as a surprising meetup with Naughty By Nature and Minneapolis Wunderkinds Solid Gold. Speaking of Solid Gold, a lot of the hot Minneapolis Hip Hop Scene is represented in Doomtree, P.O.S., Marijuana Deathsquads and Brother Ali.

I’d like to point out that typically the term “Hip Hop” is used these days to mean both DJ/Producing and Rap and I also tend to use the term to mean both, but since this list includes sessions with producers and M.C.’s (and combinations) I’m making the distinction. A very scholarly dissertation on hip hop is Jeff Chang’s “Can’t Stop Won’t Stop: A History of The Hip-Hop Generation” and I heartily recommend this to anyone interested in this music and culture. According to Chang, initially, “hip hop” was used to describe the culture surrounding three things: b-boy/breakdancing, DJ’ing and graffiti. Once M.C.’s took center stage, this idea changed to what we know today. It would also appear that graffiti as an artform has moved from it’s initial exclusive ties to hip hop culture. And, as far as breakdancing, well…

So, put on your headphones, sit back and take a tour of Daytrotter Hip Hop and Rap!

BTW: While you’re enjoying this treasure-trove of music, please consider paying a couple of bucks a month to support the efforts of Daytrotter who make this possible– and you get some bonus video and higher-quality downloads as a result.

Aesop Rock An early session– 2008 by Definitive Jux artist Aesop Rock around the time of his None Shall Pass album. This is one of my favorite Hip Hop sessions on Daytrotter.

Astronautalis Minneapolis native Charles Andrew Bothwell performs as Astronautalis. Nice flow– reminds me a bit of Buck 65 (who really should do a Daytrotter, dontcha think?). He just wrapped up an extensive tour in support of Tegan & Sara. Tegan helps out on Astronautalis’ new video “Contrails.” One to watch, I think.

Brother Ali From Minneapolis via Madison, WI and signed to P.O.S.’s label Rhymesayers. According to a press bio, he’s influenced by classic hip hop and specifically KRS-One, who I think Ali’s style reminds me.

Busdriver Twitchy, frustrated spitting– vocally and musically. Busdriver at times seems to remind me of Mike Patton (Faith No More).

Curumin While not strictly hip hop, Curumin’s approach to his craft are well-steeped in that esthetic. Being signed to Bay Area massive Quannum Records helps a bit, too. Brazilian electronic goodness. Read my interview with Curumin here.

DJ Spooky aka “That Subliminal Kid” turns in a brilliant set, bouncing and fresh. His other hobby is scholarly writing about symbolism and semiotics and I’m left pondering how his use of signs informs this set.

Doomtree Minneapolis’s other home of hip hop next to Rhymesayers is Doomtree. This is a set with multiple MC’s so we get 16 tracks. Dessa, Mike Mictlan, Cecil Otter and SIMS. I guess we assume that Lazerbeak did the beats? Learned about this group just ahead of the Gayngs Affilyated show where they performed as a group set on the main stage and as solo sets. The group just released their second album as a group titled No Kings that is shaping up to be a critical success.

Grieves This is an early (ish) recording of Grieves who is now part of the Rhymesayers label and apparently runs in the same circles as Mac Lethal, so it makes sense he shows up on a Daytrotter session. This 12 minute smooth rant is pretty great. The late DJ Jimmy Hands from Fort Collins on the turntables.

G-Side G-Side is part of the Huntsville, Alabama hip hop scene that is based around the Slow Motion Soundz record label that is also featured prominently in the Spin issue. Out of all of the sessions on Daytrotter, this one is one of my favorites and I’ve listened to it a dozen times in the last week. You can hear the hunger of a group trying to break. Plus, some really great beats– the use of strings on “Came Up” is brilliant.

Kid Sister Spitters of the fairer sex aren’t represented heavily on Daytrotter, but Doomtree’s Dessa and Kid Sister from Chicago are both MC’s I’m a fan of. This is a really fun session and Kid Sister is able to take the attitude and finesse that Fergie embodied on “Glamorous” (and never achieved again, IMO) and run. “Right Hand Hi” is a real trunk-rattler (if you’re into that kind of thing) Worth repeated listens, seriously.

Kid Koala Koala has been on the scene since the mid 90’s if you can imagine that– as long as I have been following the turntablist phenomenon, he has been a staple and is as important a figure in that space as Mixmaster Mike, DJ Shadow, Cut Chemist and Q-Bert, in my opinion. An interesting session as he recreates his beat-juggling manipulation of “Moon River” like he did during The Hard Sell tour opening for Shadow and Chemist.

Kimya Dawson & Aesop Rock For Aesop Rock’s return to the Horseshack, he is in support of Kimya Dawson, who is likely best known for her band Mouldy Peaches and the Juno soundtrack. This collaboration resulted in tracks on Kimya’s album Thunder Thighs, but it seems that none of these songs made it on that album. I’m compelled by the idea of this session, but I’m afraid it doesn’t quite live up to the promise. Maybe it’s just a little early in their work together?

The Knux Another brilliant session on Daytrotter– sounds like the Strokes if they were fronted by MC’s. These cats are on Interscope– why they aren’t more exposed, I have no idea.

Lateef the Truthspeaker One of the original artists on the seminal Bay Area label Solesides along with DJ Shadow, Lyrics Born and Blackalicious that would become what is today known as Quannum Records. I hope that this is a sign that we’ll see Lyrics Born or Lateef’s project with LB Latyrx in for a session.

Mac Lethal As I write this Mac Lethal is blowing up all over the place for a video he shot recently of himself rapping and making pancakes. I saw Mac Lethal at the first Daytrotter in 2009 at West Liberty and wasn’t very impressed– at least with that particular live show. I’d like to see another attempt at bringing other genres of music to the barns– but maybe it just isn’t the venue for that music.

Main Attrakionz This Oakland duo was also called out in the Spin article. The production by Green Ova brings a mellow atmospheric vibe to the works.

Matisyahu Matisyahu melds his traditional Hasidic Jewish spiritualism with Raggae music and rap. Matisyahu has been gaining exposure steadily over the last few year since his brilliant and groundbreaking Live at Stubb’s.

Marijuana Deathsquads Originally formed as the backing band for P.O.S., the band has ventured into it’s own and has a reputation for over-the-top improvisational live shows.

Naughty By Nature featuring Solid Gold An interesting pairing as a result of both acts playing RIBCO on a shared Daytrotter-presents bill. Solid Gold, who provides the instruments, is quickly becoming the next-big-thing from Minneapolis with some helpful boosting from their participation in GAYNGS. NBN brings some inspired MC’ing. Would love to see this partnership fleshed out into a formal release, but I’m afraid this magic intersection is a one-night-stand.

P.O.S. Stef Alexander– better known as P.O.S. turns in an early Daytrotter session from 2006 around the time of his sophomore album. Mike Mictlan from Doomtree collective on beats. A fun, and loose session. Minneapolis represent.

Reggie Watts If you aren’t hip to Reggie Watts, it’s time. Every work is improvised on the spot and produced by looping the layers. Mindblowingly cool and typically funny stuff in the funk/soul tip.

RJD2 RJ turns in a fantastic mix. I’m a sucker for his stutter beats.

Soulcrate Music Wow, hip hop from Sioux Falls, South Dakota? The Midwest is shaping up to be bringing some really compelling hip hop and Soulcrate Music is a collective to watch.

Theophilius London An oddly short session. “Flying Overseas” gets a great treatment and remix in this session. I agree with the poster who commented that there should have been a couple of other songs.  But, we get what we get.

Tricky Oh, Tricky. You had me at Maxinquaye but not much longer than that. After the bizarre love triangle with Bjork and Goldie, I sort of lost track. However, this session is really great, showing why he was a big deal to begin with. Worth checking out, for sure. The cover of the XTC “hit single” “Dear God” is amazing.

Yea Big & Kid Static From Chicago– kind of “nerdcore” or whatever that genre that Childish Gambino seems to fit in. The cover of “Thank You For Being a Friend” is pretty funny, if disposable.