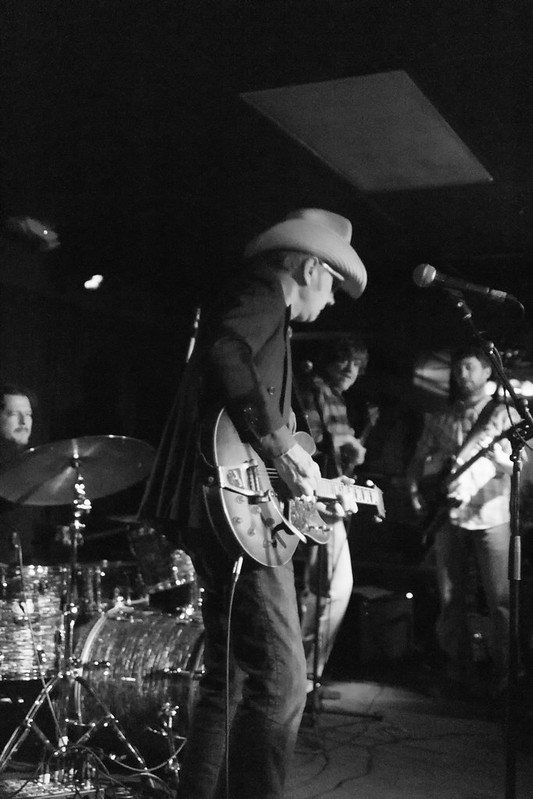 Bo Ramsey has started adding dates to his 2018 tour calendar.

Which is good news for the many fans in Iowa who have been following his career. He wrapped up 2017 with a couple of shows: one at the Mill in November with a lineup that included new sidemen Matthew Bernemann on drums and Randal Davis on guitar in addition to original 90’s Backsliders band member Marty Christensen on bass. A late December show at The Octopus in Cedar Falls replaced Bernemann with longtime drummer Steve Hayes. These were both amazing shows with Bo in excellent form and clearly really enjoying himself.

Bo is playing with different band lineups and he also pulled in some deeper catalog songs for those shows, and it will be interesting to see if they stay in. It’s been a long time since I’ve heard songs like “On The Range” (from 1988’s Either Way). These have been the first shows that Bo has brought out the songs from his 2016 album Wildwood Calling. These instrumental tracks have been used to open the sets and do a fantastic job of adding some mood and atmospherics to the show.

Later this month Bo will be playing the very cool Cafe Paradiso in Fairfield on 3/23 and supporting Greg Brown at the Englert on 3/30 (no solo set).

The next show on his calendar is at The Shitty Barn in Spring Green on Saturday, June 16th.